This case study describes the implementation and management of a call campaign carried out by a call center, with Simple CRM.

Call scripts are set up using interaction models.
Once the call campaign is generated, the operators open each interaction, read the script and enter the prospects' answers. 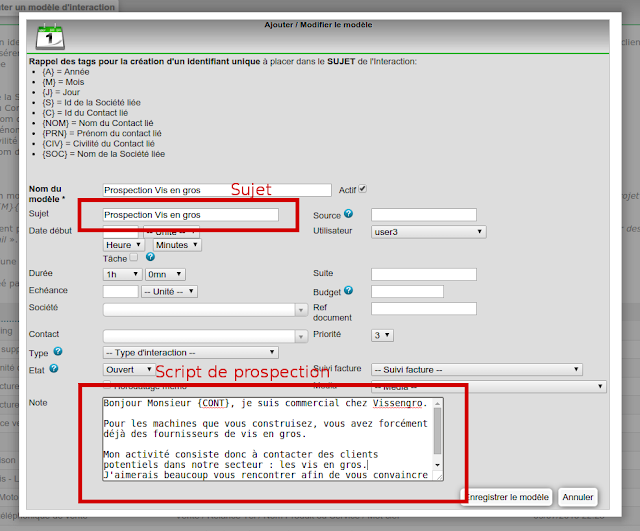 3) Read the call script and enter the prospect's answers
Once the campaign is generated by the manager, the remote operator connects to Simple CRM. It arrives directly on the Simple CRM Desktop, presenting the list of prospecting operations to perform.